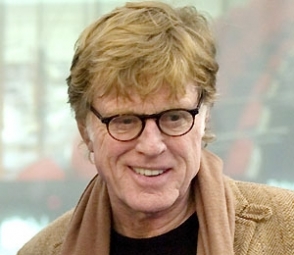 The London off-shoot of the US Sundance Film Festival is to continue for a further two years following its debut last April, organisers have announced.

Sundance London will return to The O2 in Greenwich next April, with a third festival confirmed for 2014.

Running between 25-28 April, the second event will feature titles seen at January's Sundance festival in Utah.

Live music performances, panel discussions and other events will also form part of the programme.

"The vibrant arts community in London has informed this decision as much as anything," continued Redford, whose famous role in the 1969 movie Butch Cassidy and the Sundance Kid gives the festival its name.

The first Sundance London saw screenings of new work by American film-makers, live musical performances and one royal appearance when Prince Charles attended and introduced the premiere of a documentary outlining his views on the environment.

Alex Hill of AEG Europe, owners of the O2, said April's four-day showcase had been "hugely successful" and that the entertainment company was "thrilled" to be continuing its association.

This year's Sundance London festival was declared a "qualified success" by pundits, although some events in this year's line-up were described as "amateurish" and "self-indulgent" by newspaper critics.