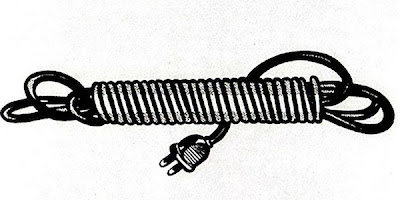 A painting by the US artist Roy Lichtenstein that went missing 42 years ago has been returned to the widow of its owner.

The 1961 painting Electric Cord was handed over to Barbara Castelli in New York by federal authorities.

Details of its disappearance are still unclear although it was recovered in July at a New York storage warehouse.

Leo Castelli, a well-known art dealer, bought the painting in the early 1960s for about $750 (£465) and displayed it in his gallery for several years.

US Attorney Preet Bharara - who presented the painting to Ms Castelli - said that in January 1970, the gallery sent it to be cleaned.

"The gallery sent it to an art restorer by the name of Daniel Goldreyer, but as most of you know by now, it never came back," he said.

After Daniel Goldreyer died in 2009, his widow found the painting while cleaning out the lockers of his company's employees, FBI sources quoted by Reuters news agency said.

She said she did not know the painting was missing until she saw a notice on the internet.

Mr Bharara would not say if any charges could arise from the long disappearance.

Ms Castelli - whose husband died in 1999 - said she had no plans to sell the painting.

"I think that I am going to hang it in my home," she said.

"The person who really lost the painting was my husband, not me. In a certain way, one could say that is it kind of crazy that I feel so possessive about the painting."