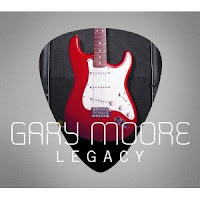 Never having identified myself as a particular admirer of the late Gary Moore I still found myself shocked and saddened by his premature demise, and this budget two-disc retrospective on the EMI Music Club imprint provides a timely opportunity to reassess his contribution. That it slants as heavily towards eighties-style MOR rock as much as it does the blues is probably an indication as to why he attracted a certain amount of ambivalence, and in truth many of the glossier, hi-tempo selections sounded insubstantial and dated. To add to the charge sheet much of his celebrated blues work stops well short of the earthy integrity of other white singer guitarists such as compatriot Rory Gallagher.

Nonetheless, as the marketing men once persuaded us of a Beautiful South collection we didn’t really want to buy, ‘you’ll be surprised how many you know’; and to be sure, a fair old clutch of ‘hits’ are included among the thirty-two tracks, including ‘Out in the Fields’, ‘Cold Day in Hell’, ‘Nuclear Attack’, ‘Parisienne Walkways’ and more. There’s also a clutch of tasty covers including ‘Need Your Love So Bad’ and ‘Shapes of Things to Come’ and a surprisingly sensitive and engaging rare single edit of ‘Beast of Burden’ from the BBM supergroup days. Not necessarily an out and out artistic triumph perhaps, but a decent fiver’s worth all the same.
www.gary-moore.com
Neil B.