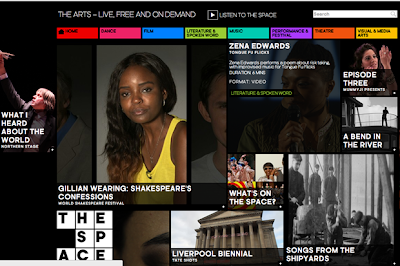 Digital arts service The Space, which launched as a six-month pilot in May, is set to continue until at least March next year.

The site showcased many of the Cultural Olympiad events during London 2012, including The Scissor Sisters' River of music concert.

A joint project between the BBC and Arts Council England, it hosts live broadcasts and archive arts footage.

More of the UK's arts archive will be opened up over the next six months.

The Space has attracted 885,000 visitors since its launch.

The images showed the band jumping off a tour bus in Taunton, Somerset, to get fish and chips.

During London 2012, the events it hosted included the Globe to Globe season of 36 Shakespeare plays performed in 36 different languages.

Alan Davey, chief executive of Arts Council England, said: "The Space is a game-changer - it has changed the way audiences perceive and access the arts through the use of digital technology."

He added that one of the project's long-term ambitions was to "increase access to the nation's great art".

BBC director general George Entwistle described The Space as "a shining example of a public partnership".

Arts Council England has already invested £3.5m in new arts commissions for The Space and has set aside a further £8m from its digital innovation fund to help artists and art organisations to build up their digital expertise.

The BBC contributed £2m to the project, built the production system and provided mentoring and training for the arts organisations.