Review: Thomas Ewing – The Shadow And The Sound

Thomas Ewing – The Shadow And The Sound (Independent) 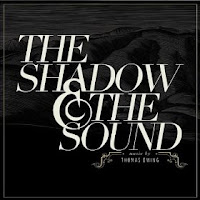 There’s something good going on here, on Thomas Ewing’s debut record. The Denver, Colorado native takes three separate genres; folk, blues and earthy alt. rock, and mixes them up in a new and refreshing way. Each style is given equal prominence and the result is a collection that’s impossible to pigeonhole or pin-down. Obviously that that won’t stop me trying, but I thought I should let you know the situation straight from the off.

It’s difficult to draw direct comparisons with any individual artist or band, though it’s interesting that Ryan Adams’ name comes up on Ewing’s Facebook page. Adams’ open approach to his recordings is certainly reflected in Ewing’s music, but there’s no particular sound that links the pair. The collection begins with the outstanding “Poison in the Water”. All the base elements are present, the folk imagery and twang, bluesy guitars and plenty of crunch. It a great start, and Ewing builds on it. “Still (You Save Me)” rolls out its story, attached to a tune that digs in for the duration, and “Beauty in the Wait” is delicate, gentle and absolutely lovely.

At less than 30 minutes duration, “The Shadow And The Sound” seems to end much to quickly, but it does whet the appetite for more of the same. Hopefully we wont have to wait too long.
www.facebook.com/thomasewingmusic
Rob F.