Review: Carolyn Oates – In The Moment

Carolyn Oates – In The Moment (Independent) 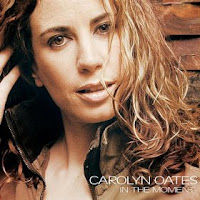 Carolyn Oates tours extensively in her native Australia, sells out medium size theatres in Germany, and has worked with some reasonably well-known names, including Greg Arnold, David Ross MacDonald (The Waifs), and producer David Carr, who manned the desk for “In The Moment”. She’s yet to make major headway in the UK, but with the international release of her latest collection, that may just change.

The singer-songwriter-guitarist has been compared to artists like Joni Mitchell, Suzanne Vega and Tracey Thorn; names that provide all the clues you need with regard to her chosen genre. In essence she’s a folk singer / musician, but with a superior ear for a tune and plenty of pop nous. In fact, tailor-made for contemporary adult radio, though that’s obviously easier said than done. Should the BBC come-a-knocking, I’m happy to recommend a few titles: released as a single, “Trash and Treasure” is lyrically hard-hitting, but packs bundles of melody into its four minutes. “Advice to the Young” is beautifully orchestrated and arranged, and Oates’ phrasing grabs the ear, and “Nature Boy” is clean-cut, shiny and bright, and echoes through the mind long after it’s over. It’s an album that’s complex and multifaceted, but always accessible and likeable. If grown up singer-songwriters, or literate folk-pop is your thing, then don’t delay.
www.carolynoates.com
www.facebook.com/Carolyn-Oates
Rob F.