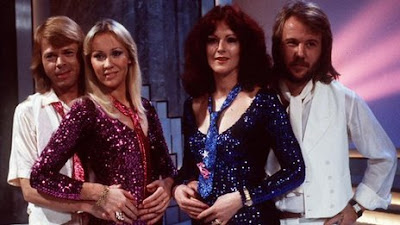 Gold's sales have been boosted by the musical Mamma Mia!, based on Abba's hits, which was also made into a hit film starring Meryl Streep.

It is 30 years since the CD format was launched.

Digital downloads account for greater than average sales of the rock, urban and dance genres, but the CD is today still the preferred music format for easy listening (79.7%), blues (78.2%) and classical (77.7%).

Geoff Taylor, chief executive of the BPI, which represents the British recorded music industry, said: "The CD represented a great leap forward in sound technology, becoming one of the most successful consumer products in history as music fans embraced its sound quality, durability, instant track access and ease of use.

"Even 30 years after its launch, it still remains the leading album format in the British music market."
UK artists have taken eight of the top 10 spots and 21 out of the top 30, while only four "best of" compilations are listed.

Coldplay and Robbie Williams are the only two artists to have more than one album in the top 30. Coldplay's first three albums have made the chart with Parachutes at number 21, A Rush Of Blood To The Head at 13 and X&Y at 19.

Williams's three albums - I've Been Expecting You, Sing When You're Winning and Greatest Hits - are at numbers 25, 26, and 27 respectively.

There are no general compilations in the top 30 and the highest compilation CD is at number 102, with Now 44, featuring the likes of Britney Spears, Steps and Moloko, having sold 1.4m.

Abba, who won the Eurovision Song Contest with Waterloo in 1974, have sold more than 200m records worldwide and continue to sell more than two million records each year.

Top-selling CDs in the UK