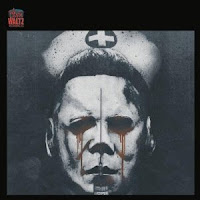 Just in time for Halloween, Death Waltz Recordings have given John Carpenter’s Halloween II and III soundtracks a deluxe orange and black vinyl reissue (with an A2 poster), limited to 1000 copies with sleeve notes by Brandon Schaefer (II), Jay Shaw (III) and co-composer Alan Howarth (II and III). The creation of Rough Trade East shop manager, Spencer Hickman, Death Waltz have already put out vinyl editions of other horror movies, including “Zombi 2 (aka Zombie Flesh Eaters)” and  “The Living Dead At The Manchester Morgue.” 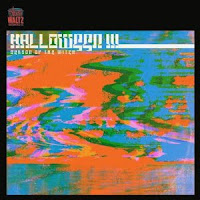 Carpenter’s simplistic but foreboding synth style, dissonance and unnerving chord sequences propelled into being for the original “Halloween”, continue into “II” (1981), whereas “III”, from 1989, is more sci-fi with its settings, but the intense, wholly intimidating drones are still present. Aside from the inclusion of the Chordettes’ “Mr. Sandman” and the worryingly kids TV friendly “Halloween Montage” the tunes throughout impel your heart to race or to reach for a cushion. These are classic horror soundtracks and have been presented flawlessly.
www.deathwaltzrecordingcompany.com
Willsk