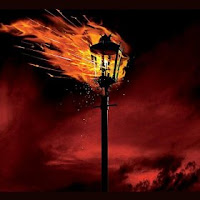 Scott McCord and the Bonafide Truth are an eight-piece rock and soul band from Toronto. A three-man horn section compliments a standard guitars, bass, keys, drum line-up and together they make an irrepressible funk stew - and what’s more, it’s almost impossible to find a contemporary comparison, and equally, they’re not wholly retro either.

Previous reviewers have bandied around names like Van Morrison and Blood Sweat and Tears, but they don’t quite stack up. They’re jazzier than both and employ a range of influences from classic rock (I’m thinking Bob Seger and Steve Miller, but I’m happy to hear other suggestions), Afrobeat (some of these horns wouldn’t have sounded out of place on Fela Kuti’s “Roforofo Fight” record) and the uninhibited energy and verve of the first Dexys’ album.

Their second album begins with “Deploy the Bird (Bonafide Theme)”, which is all well and good, but at less than a minute’s duration, it’s frustratingly brief. Following track, “Gotta Be Something” is more like it. Its radio-friendly mash-up of a Stonesy riff, punchy horns and McCord’s blue-eyed bawl is compelling. From there on in they don’t let up, whether it’s full blast soulshakers (“This Heart Is On Fire”, “Certainty”), or something altogether more sedate and jazz flecked (“Where Did You Go?”). I imagine live on stage, they’re irresistible. On record, they’re just as potent.
www.scottmccordmusic.com
www.facebook.com/scottmccordmusic
Simon M.