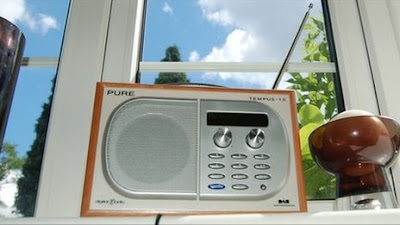 Three of the BBC's digital stations have attracted record audiences in the last three months, according to figures released by Rajar.

BBC 6 Music had 1.62 million listeners each week between July and September - an increase of 391,000 on the same period last year.

However, 5 live itself saw listenership slip during the three-month period, by 38,000.

Over the summer, the station attracted 6.32 million listeners, compared with 6.36 million the previous quarter and 6.43 million last year.

His weekly audience fell to 6.73 million listeners, down from 6.93 million the previous quarter.
Over the course of the year, his audience dropped from 7.16 million.

The first figures for his replacement, Nick Grimshaw, are due in the next set of Rajar statistics.

However, Radio 2 remains the biggest BBC station with 13.9 million listeners, but audience numbers have dropped from their record high of 14.3 million during the same period last year.

Meanwhile, classical station Radio 3 increased its listenership to to 2.15 million, compared with 2.05 million during the same period last year.

"It is encouraging to see that the radio industry as a whole is in good health and impressive that it has held up over the Olympic summer," Tim Davie, the BBC's director of audio and music said.

Rajar found the number of people listening to radio in the UK in the last three months overall fell by 500,000 to 46.6 million.

Digital radio accounted for more than 320 million listening hours with accounting for 31.3% of all radio consumption - up 6% on last year.

Compared with this time last year, listening via mobile phones rose by almost 12%.