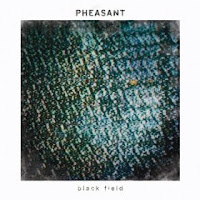 From Portland, Oregon, Pheasant label themselves garage-folk, which seems about right. They’re song-based and rootsy, and keep their sound loose and frayed at the edged. Front man, singer-guitarist Matt Jenkins possesses a natural, unaffected voice that sits well with the material, which is mostly played with upbeat enthusiasm. Equally influenced by punk, the Stones and new wave Southern rockers such as My Morning Jacket, they probably wont appeal to the purists or the Mumford crowd, but anyone who hankers for the good ol’ days when The Clash birthed a folk-rock uprising that included bands like The Men They Couldn’t hang and The Folk Devils will find much of this ten-tracker to their liking.

Things get off to a rousing start with “Feathery Flu”. It’s hooky and likeable with plenty of sing-a-long harmonies, a short, sweet guitar solo and a willowy trumpet, courtesy of Matt Mooney. A good start, that’s followed by the similarly persuasive “Dead Stars”. Of course, they can’t keep up the pace, or it would all become a little one-dimensional, so “Colors Start to Separate” brings an atmospheric intensity to their palette that’s welcome, especially as they don’t sacrifice either their fervor or ingrained pop nous. Indeed, “Kid + Hammer” might be the best thing here. It’s restrained, loping rhythm, together with the combined trumpet and lead guitar of Eric Bryant sets off Jenkins’ gauzy vocal a treat.
www.facebook.com/Pheasant
www.pheasantband.bandcamp.com
Simon M.