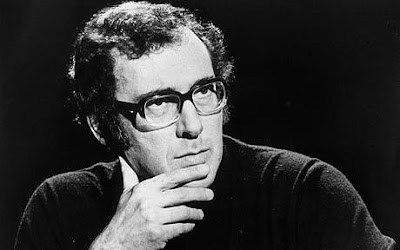 A theatre in London's West End is to present a play by Sir Harold Pinter for the first time since being renamed after the late English playwright.

The Harold Pinter Theatre, formerly the Comedy, will host a production of his 1971 work Old Times from 12 January.

The show will star Kristin Scott Thomas, who previously performed at the theatre in 2011 in an acclaimed staging of Sir Harold's 1978 play Betrayal.

Lady Antonia Fraser, Sir Harold's widow, said it was "a dream come true" to have "this production in this theatre".

When it was still known as the Comedy, the Panton Street playhouse enjoyed a long association with the Nobel Prize-winning dramatist.

Williams previously trod its boards in a 2001 production of Pinter's The Homecoming, while the playwright appeared himself there in a 1995 staging of his play The Hothouse.

Set in a secluded farmhouse, the enigmatic Old Times sees three characters - Kate, Deeley and Anna - reminisce about their early days together in London.

Kristin Scott Thomas has been seen in UK cinemas this year in the films Salmon Fishing in the Yemen, Bel Ami, In Your Hands and The Woman in the Fifth.