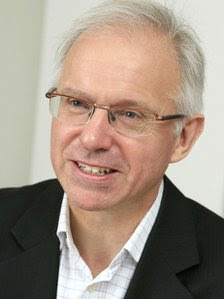 Patrick Swaffer has been named as the new president of the British Board of Film Classification (BBFC).

Swaffer has been the BBFC's legal adviser for many years, a role which he will now relinquish.

He succeeds Sir Quentin Thomas who stepped down in July after 10 years.

The BBFC is the company responsible for age ratings on films, videos, DVDs and certain video games, advertisements and trailers.

Commenting on his new post, Swaffer highlighted the BBFC's support for age ratings on film downloads.

He said: "I am delighted to have been appointed president of the BBFC in their centenary year - a remarkable achievement of longevity reflecting the continuing public desire for the prior classification of films and DVDs."

He added: "The classification guidelines published by the BBFC, and its consistent and clear approach to classification issues, have ensured that it continues to enjoy the trust of the public, the local authorities and the film industry.

"The BBFC's well known and widely recognised classification symbols are now not only seen at the cinema and on DVDs but also on many websites where films may be viewed or downloaded.

"The BBFC encourages this responsible approach and is working with online content providers to offer a range of services to meet the public demand for classification and full information. Some 90% of parents wish to see the BBFC's symbols on film downloads."

Swaffer is currently a consultant to Goodman Derrick solicitors. His induction period will include training in film examination.