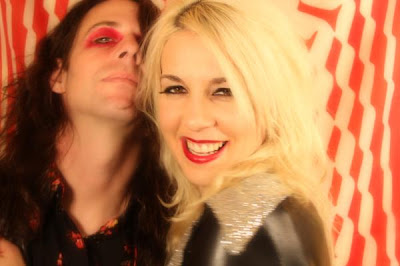 Fuzzed out space rockers White Hills announce their return to the UK and Ireland for a 15 date tour, starting 3rd April 2013.

As has come to be expected from the highly prolific New York band, White Hills will follow-up 2012’s acclaimed Frying On This Rock with a new album later in the year, released again through Thrill Jockey Records. They will also make an appearance in Jim Jarmusch’s upcoming film Only Lovers Left Alive (starring Tilda Swinton, Tom Hiddleston, Mia Wasikowska, John Hurt and Anton Yelchin).

Immune Recordings have also issued the bands highly sought after album Abstractions & Mutations on vinyl for the first time. Originally released in 2007 as a UK tour only CD-R, the album features studio and rehearsal recordings from the bands inception.