Rodin and Bacon works in joint exhibition at Ordovas 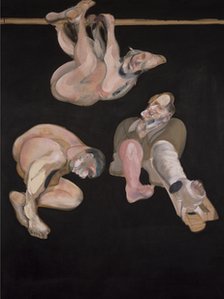 An exhibition featuring selected works of Francis Bacon and Auguste Rodin displayed side-by-side is to open at London's Ordovas Gallery on Friday.

Movement and Gravity: Bacon and Rodin in dialogue, will examine the influence the sculptor had on the British artist.

Three bronzes by Rodin will be shown alongside three paintings by Bacon.

The artist's works include Three Studies from the Human Body, which has never before been publicly displayed in the UK.

The 1967 painting, which was last shown at exhibitions in New York and Paris in 1971, depicts three gyrating, apparently weightless, figures and is said to represent the three ages of man, as Bacon came to terms with growing old. 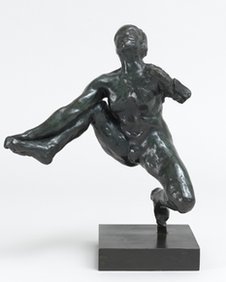 Movement and Gravity, which runs until 6 April, looks at the profound effect that Rodin's interpretation of the human body, with its emphasis on exaggerated limbs, fractured forms and the articulation of movement, had on Bacon.

The painter's other works on display at the Ordovas are 1959's Lying Figure and Miss Muriel Belcher from the same year, while French artist Rodin is represented by three sculptures of Iris - messenger of the gods, study with head, and large head, all dating from 1890-91.

There is said to be recorded evidence from Bacon that his two paintings were influenced by Rodin's Iris sculptures - modelled on the Greek goddess said to be the personification of the rainbow.

Rodin is considered by many to be the father of modern sculpture, whose work Le Penseur, or The Thinker, is one of the world's most famous works of art.

Bacon is known for his nightmarish figures and preoccupation with the subject of death and last year, his nude portrait of the Soho model Henrietta Moraes, sold for £21m at Christie's in London.