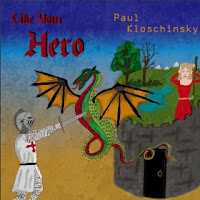 A poet, photographer and singer-songwriter, Paul Kloschinsky obviously likes to keep himself artistically stimulated. He began his musical journey playing in a variety of rock bands in and around Vancouver, before returning to his hometown of Delta, BC, and concentrating on a folkier sound. In 2007 he won the MusicAid Award for Best Canadian Songwriter for his original song “Wearin’ Blue” and in 2009 he released his debut solo album “Woodlands”, via Prism/Universal.

Now resolutely independent, Kloschinsky has taken his time producing a follow-up collection. It was time well spent, and he brings both precise lyrical detail and some interesting arrangements to the project. He’s not the strongest of singers, and vocally it’s Dylan that he’s compared to most regularly; that wont be a problem for many listeners.

The title track provides an early indication of Kloschinsky’s talent for lyrical depth. It’s a powerful song, propelled by energetic roots rock strings and a tumbling rhythm. “Take Me to the Doctor” ups the string quota, and layers a little psyche-pop in the mix. It’s a little naive and raw, but no less charming for that. I think my favourite is “And Be Near You”, which, though intrinsically acoustic, could be the result of a collaboration between post-punk standard bearers Wire and John Prine.
www.facebook.com/Paul-Kloschinsky-SingerSongwriter
www.myspace.com/paulkloschinsky
Phil S.