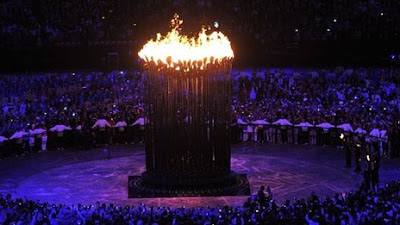 Two installations from the 2012 Olympic Games have been shortlisted for this year's South Bank Awards.

James Bond's Skyfall is up against the horror-thriller Berberian Sound Studio and identity theft documentary The Imposter in the film category.

While Jessie Ware, Plan B and Saint Etienne are up for the pop music prize.

South Bank Show presenter Melvyn Bragg, who will host the awards next month, said the judges had had a "tough job" to decide on the shortlist.

"2012 was a remarkably fine year for British achievement not least in British art, by British artists.

"We are proud of this world-class list of nominees which recognise and honour the best talent at work in the UK today," he said.

Booker and Costa-prize winner Hilary Mantel is in the running for another literary award for her best-selling Bring Up The Bodies.

She is nominated against former Booker rival Will Self for his novel Umbrella, and Kerry Hudson, for her debut, Tony Hogan Bought Me An Ice-cream Float Before He Stole My Ma.

In the TV drama category, all three shortlisted shows are from BBC Two. They are World War One drama Parade's End, starring Benedict Cumberbatch, police corruption drama, Line of Duty and The Hollow Crown, a series of adaptations of Shakespeare's history plays.

BBC Two also gets a nod in the comedy category for Olympic satire Twenty Twelve - but the other two nominations go to Sky, which has ramped up its comedy production in the last two years.

Alan Partridge's Welcome to The Places of My Life and period drama spoof Hunderby are both on the shortlist for the Sky Arts channel - which also broadcasts the South Bank Awards.

An award for Outstanding Achievement, won last year by playwright and novelist Michael Frayn, will also be presented during the ceremony on 12 March.