Cleotha Staples of The Staple Singers dies at 78 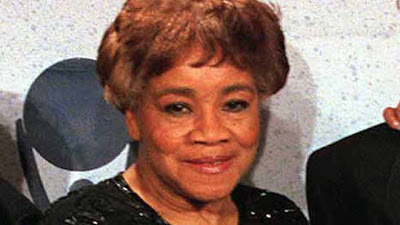 Cleotha Staples, a member of the chart-topping gospel group The Staple Singers, has died at the age of 78.

The family group had eight US top 40 singles in the 1970s, including the number ones I'll Take You There and Let's Do It Again.

They enjoyed success on the Stax label and Curtis Mayfield's Curtom label.

"A lot of singers would try to sing like her," Mavis said in a statement. "Her voice would just ring in your ear. It wasn't harsh or hitting you hard, it was soothing. She gave us that country sound."

The group, which also featured father Pops, sister Yvonne and brother Pervis, began singing in church in Chicago in 1948.

They were inducted into the Rock 'n' Roll Hall of Fame in 1999 and received a Grammy lifetime achievement award in 2005.

Neil Portnow, president of the Recording Academy, which organises the Grammy Awards, described them as "one of Stax Records' most important and successful acts".

"Their songs spread messages of hope, brotherhood and self-respect through some of R&B's finest and most passionate voices, and their music remains as vital today as when it was recorded," he said.

"Music has suffered a great loss, and our thoughts and condolences are with her family, friends and all those who have been moved and influenced by her strong, soulful voice."