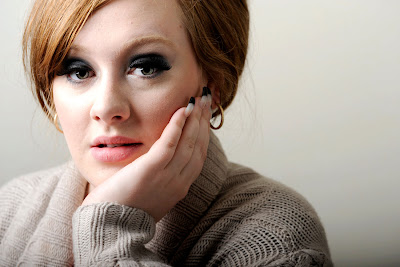 Paul Williams, the head of business analysis at Music Week, said the rise was "very significant".

"After many, many years of decline the graph is finally heading northwards again," he said.

"It underlines the efforts the music industry has been putting in and the results it's now getting in reinventing itself in the digital era."

Former X Factor contestants One Direction had the third and fourth best-selling albums around the world with their first two records Up All Night and Take Me Home, with 4.5 million and 4.4 million copies sold respectively.

There were two other British acts in the top 10 - Rod Stewart's Merry Christmas, Baby was at number seven and Grammy winners Mumford and Sons' Babel was at nine.

Gotye's mega-hit Somebody That I Used To Know was the second biggest-selling single globally, with 11.8 million purchases.

Subscription streaming accounts for 10%, while mobile ringtones and ad-funded services like YouTube and Vevo made up the difference.

Although the music industry was showing signs of recovery, the IFPI said there were still "major hurdles that need to be addressed to unlock the huge potential for further growth".

It said internet piracy still had a seriously impact on the industry, estimating that nearly a third of all internet users regularly access unlicensed sites to download music.

"This is a problem where governments have a critical role to play, in particular by requiring more co-operation from advertisers, search engines, ISPs and other intermediaries.

"These companies' activities have a decisive influence in shaping a legitimate digital music business."

Paul Williams, head of business analysis, Music Week magazine
"I think it's more than a blip. What you've got is an entirely different recorded music industry, compared to the last time the figures went up annually, because we now have a market which is very heavily digital.

"In some markets, including the US, more than half of recorded music sales occur digitally, whether it's downloads or streaming.

"In big parts of the world, there were no revenues coming in at all really. Now those very important emerging markets like Russia, Brazil, India and China show the industry is at least starting to see some revenues there."