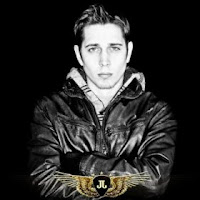 Jesse Jessen, born on the Spanish island of Majorca and now resident in Texas, is an up-and-coming guitarist, multi-instrumentalist, songwriter and singer. He also acts. He released his first recordings in 2010 and followed them with this, his debut self-titled album, a mammoth 20-track affair that clocks in at over an hour and a half. Back in the days of vinyl, it would have been a long double album. That’s quite an artistic statement for a relatively new artist, though it should be pointed out that the material he presents here has been recorded on a rudimentary home studio set-up, and Jessen himself describes the recordings as ‘demos’.

Personally, I think he’s underselling himself. Of course, budgetary restraints and basic equipment will almost certainly shape a recording, but there’s no shortage of talent or ideas. Indeed, though there’s a lot to take on board in a single sitting, it’s an entertaining ride. His mix of blues, jazz, rock and soul provides plenty of variety, from finger-shredding, virtuoso, hard rock instrumentals to Santana-esque Latin blues, and plenty in between.

The album begins with “Duality”, a somewhat laid-back launch, but an opportunity to get to grips with Jessen’s guitar style, which over the course of five minutes will remind listeners of Paul Kossoff, James Hetfield and Roy Buchanan; not a bad start. He really gets his fingers working on “The Final Lap” a terrific instrumental piece, which I can imagine being picked up a TV company, and another instrumental “Kalifornia Sf” might be the best thing on the record, an atmospheric, sci-fi, blues rock exercise, with Jessen laying down an abundance of detailed fret work.
www.jessejessen.com
Simon M.