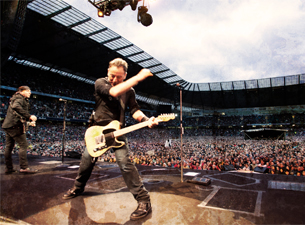 Bruce Springsteen is to "road test" the new Leeds Arena in July ahead of its official opening in September, Leeds City Council has revealed.

Springsteen made a "special request" to try out the 13,500-seat arena in a one-off show as part of his Wrecking Ball world tour, the council said.

The gig will take place at the new £60m city centre venue on Wednesday 24 July.

Springsteen, famous for hits such as Born To Run and Born in the USA, will be joined by his E Street band for the Leeds gig, the council confirmed.

Tickets for the concert will go on sale at 09:00 GMT on Friday.

Venue director Tony Watson said: "The team is ecstatic that an artist of this sheer calibre will be providing all of us with what is effectively a big dress rehearsal for the arena for its opening season."