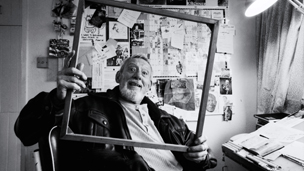 The animator of much-loved cartoons Roobarb and Henry's Cat has died aged 91, his family has confirmed.

Bob Godfrey won an Oscar for his short film Great, a biography of the engineer Isambard Kingdom Brunel, but remains best known for his TV work.

The British animator - whose career spanned 50 years - was also responsible for Noah and Nelly in... Skylark and the risque cartoon series Henry 9 to 5.

He was awarded three Baftas and received an MBE in June 1986.

Godfrey was born in Australia, on 27 May 1921, but was educated in east London.

He began his professional career as a graphic artist working in advertising, before joining the innovative Larkin Studio in the early 1950s where he made his earliest cartoons.

In the mid-1950s, Godfrey joined up with Jeff Hale and Keith Learner, and later Nancy Hanna and Vera Linnecar, to form Biographic Films, making some of the first commercials for ITV.

But he sought to work outside the American tradition, characterised by Disney - and typically took a more unorthodox view, producing work such as The Do It Yourself Cartoon Kit (1961).

Working as Bob Godfrey Films, he cornered the market with his "adult animation" such as Henry 9 to 5 and Kama Sutra Rides Again, which earned him his first Oscar nomination - after it was entered for the awards by an American who bought the cartoon from him for £150.

It was closely followed by the Oscar-winning short Great, which satirised Victorian attitudes and the decline of the British Empire, won him the Academy Award and a Bafta in 1976.

"I'd been reading a book about Brunel so I asked British Lion, who backed Kama Sutra, if I could have some money to make a half-hour cartoon about a Victorian engineer," he told the Guardian in 2001.

It was during this period of his life that he animated the children's classic Roobarb, created by Grange Calveley and narrated by Richard Briers, who died earlier this week. 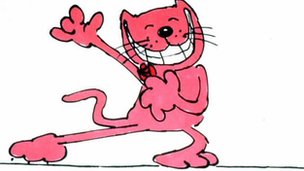 The anarchic cartoon about a warring cat and dog, with its memorable theme tune and wobbly dog animation won a cult following, which continues today.

He collaborated once again with Calveley and Briers on 1976's Noah and Nelly in Skylark, returning successfully to children's TV with Henry's Cat in the early 1980s.

But he was at his happiest when he was pushing the boundaries of conventional animation, working alongside avant-garde stars such as Spike Milligan and Michael Bentine, hob-nobbing with the Beatles and, later, becoming an inspiration for a young Terry Gilliam.

Aardman Animations founder Peter Lord tweeted: "Ah! Dear old Bob Godfrey is no more. A great influence and inspiration to me and my generation of animators. Also a lovely bloke."

Godfrey continued to work on commercials and TV commissions into his early 80s, producing his last work, Channel 4's Millennium: The Musical, in 1999.