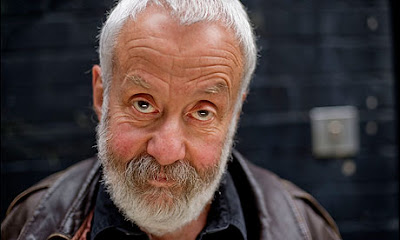 Mike Leigh is to direct a film focusing on the life of famed English painter JMW (Joseph Mallord William) Turner.

Timothy Spall has been cast in the lead role of the landscape watercolour artist, who died in 1851 aged 76.

Although considered an eccentric during his lifetime, Turner is now regarded as one of the Britain's greatest painters.

Spall has worked with Leigh on a number of films, including Life is Sweet, All or Nothing and Topsy-Turvy, his 1999 film about Gilbert and Sullivan.

"Turner as a character is compelling," said Leigh. "I want to explore the man, his working life, his relationships and how he lived.

"But what fascinates me most is the drama that lies in the tension between this driven eccentric and the epic, timeless world he evoked in his masterpieces."

Director and playwright Leigh is renowned for bringing his actors in to the creative process early, using improvisation to help mould scenes in the eventual film.

The as yet untitled project is being produced by Focus Features, the team behind such recent releases as Anna Karenina, Moonrise Kingdom and Hyde Park on Hudson.

Leigh's "unique style and story-telling", she continued, was sure "to deliver a compelling and beautiful film about this ground-breaking artist".

Turner exhibitions continue to attract large audiences, while his works are mainstays in the UK's leading galleries.

In 2010 a new auction record was set for a Turner when Modern Rome - Campo Vaccino sold for £29.7 million.

The artist, who was born in London in 1775, is buried in St Paul's Cathedral alongside his mentor, Sir Joshua Reynolds.

Spall can currently be seen on BBC One in Blandings, a period comedy series based on stories by PG Wodehouse.