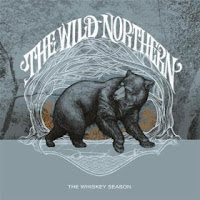 Recorded with money raised from a generously over-subscribed Kickstarter campaign, I can’t imagine The Wild Northern’s debut long player disappointed any of the band’s friends, families or fans who paid their money up front to aid the funding of the project.

Based in both New York City and Boston, the five-piece group makes good use of Greyhound bus services traveling between the two cities, and they’ve built two separate, independent fan bases with a sound that merges classic influences such as Springsteen and Counting Crows, but also incorporates a brittle indie edge. It’s a likeable combination, especially as songwriter (also lead vocals, guitar and mandolin) Roland Eckstein brings an abundance of widescreen imagery to his words, and the group (Brian Gallagher - lead guitar and vocals, Jim Fitzgerald – guitar and banjo, Jim Abdon – bass and Andy Guerini - drums) provides musical support, which is always compelling, with no shortage of sometimes unanticipated aural thrills.

“The Whiskey Season” begins with “Send the Runner”, a spirited guitar rocker, which brings to mind both the first wave of post-grunge alt. country and emblematic post-punkers Magazine. Gallagher’s a mean guitarist with a distinctive sound, and on “By the Indigo” his cool and controlled playing propels the song in unexpected directions. “The Demarcation” returns to the feisty animation on the opening cut, and “Modest Man of Mighty Deeds” shows an altogether folkier side, as mandolin takes lead, and though it’s an altogether different approach, the result is no less pleasing.
www.thewildnorthern.bandpage.com
www.facebook.com/TheWildNorthern
www.reverbnation.com/thewildnorthern
Phil S.