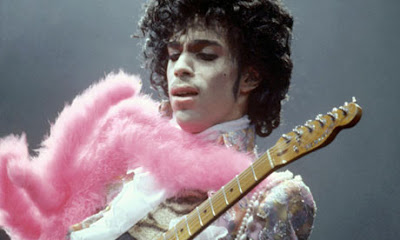 Prince will return to the Montreux Jazz Festival for three nights in July, organisers have announced.

The Purple Rain star will play three shows at the event, the first to be held since founder Claude Nobs died earlier this year.

He first performed at the festival in 2007, shortly before his 21-night residency at London's O2.

Tickets go on sale on Friday morning, starting at £122. The rest of the line-up will be announced in April.

Prince has been on the comeback trail this year, releasing a series of well-received singles online which recall the blues funk of his 1980s heyday.

In particular Screwdriver, a punchy, guitar-heavy track, has received positive reviews, with Rolling Stone praising its "lascivious synths" and a "scalding guitar solo".

The material is his first since 2010, and has been appearing online via a mysterious, but apparently official, YouTube account called "3rdeyegirl".

The musician has also hired a new, all-female band, and performed a handful of surprise concerts in his hometown of Minneapolis.

Prince first played Montreux in 2007, followed by one of his famed after-show parties at 03:00 in a late-night jazz cafe alongside Lake Geneva.

He returned in 2009 for two back-to-back shows, which mixed classics like Little Red Corvette with rarities and jazz-tinged songs from his back catalogue.

Among them was the unreleased 1986 ballad In A Large Room With No Light, which had long been a fan-favourite on bootleg recordings.

His Montreux performance was later released as a download, leading fans to speculate that more new material could be forthcoming at this summer's shows.

"We consider him one of the headline acts," said festival spokeswoman Emilie Loertscher.

Claude Nobs, who founded the Montreux festival nearly 50 years ago, died in January after several weeks in a coma following a skiing accident.

The 76-year-old had been immortalised by rock group Deep Purple as "Funky Claude" in the song Smoke on the Water.

The song is about a fire that burned down the Montreux Casino, where the festival was then being held, during a Frank Zappa concert in 1971.

Nobs, who lured the likes of Miles Davis, Ray Charles and Aretha Franklin to Switzerland, will be honoured at this year's festival, which runs 5 - 20 July, 2013.