Harry George Johns - mini-album available on 'pay what you want' basis, plus dates‏ 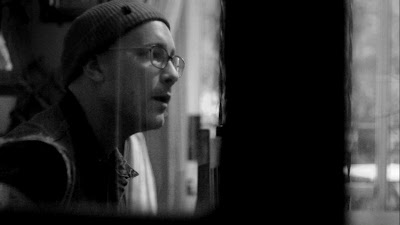 "'Post Breakdown Blues' is a uniquely evocative set of musical documents, and this vicarious insight into the troubles of a formerly larger-than-life character like Johns is both humbling and ultimately uplifting." - This Is Fake DIY

"Honesty. Humanity. A directness that is difficult to avoid." - Clash
"Post-Breakdown Blues is a stunning piece of work." - Gig Ape

Harry George Johns' Post-Breakdown Blues is an incredibly personal diary of a dark and desperate time. As Winter 2011 was in full flow, Harry found himself confronting issues such as mental illness, heartbreak and homelessness.  He stayed on a mate's floor with a laptop and a few microphones, and inspired by this dark time, Harry wrote and recorded Post-Breakdown Blues. You can download the collection of songs on his Bandcamp on a 'pay what you want' basis.

“Over the course of one single week in December 2011, I lost my girl, my house, my job and pretty much my mind. I was sat in The Well in Leeds with a bag of clothes and my skateboard trying to figure out not what went wrong, but simply where I was going to sleep that night.

Drinking and drugs and all that stuff had taken over during the run-up to me losing everything. I knew I had to finally go talk to the doctors and therapists people had spent months urging me to see.

If there was anything that was going to help me pull through what looked to be the most heartbroken, poorest new year so far it was a handful of friends that let me sleep on their sofas, eat their toast and play their guitars.

It was my time spent with hometown-friend Matthew Wright in his humble home studio that we created ‘Post-Breakdown Blues’. This record is just some of the soundtrack to my breakdown, my loneliness, introspection and just trying to get fixed.”

If fans want to get to know the man behind the music, they will have the opportunity to write Harry a letter – that's right, an actual physical letter, and Harry will reply with a personal note and exclusive tracks only available via old fashioned snail mail. Details to follow.

Following a one-off date supporting Amelia Curran in London, Harry will be taking his brooding solo acoustic stylings on the road in March and April. He'll also be playing Live At Leeds in May. Keeping things as DIY as possible, he has handpicked several intimate venues with more dates to be added –