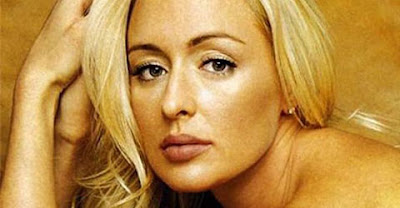 US country singer Mindy McCready has killed herself, police have said.

The troubled singer had attempted to take her own life twice before and was known to have problems with prescription drugs and alcohol.

Her death comes weeks after that of her boyfriend and father of one of her two sons, record producer David Wilson, whose death is being investigated.

NBC reporter Andrea Canning tweeted: "Just got a call from Mindy McCready's best friend that she shot and killed herself this evening."

Police said they had found the body of Malinda Gayle McCready on the front porch of her home in Heber Springs. She was pronounced dead at the scene.

After the death of her partner in January, McCready had told NBC's Dateline programme that she had "never gone through anything this painful.

"He didn't just touch my heart, he touched my soul."

She denied any involvement in Wilson's death.

Her two boys - a six-year-old and a nine-month-old - were removed from her home earlier this month when she was ordered to undergo rehabilitation.

She was discharged last week for outpatient treatment, but her sons remained in foster care.

McCready had been arrested several times on drug charges. She also made headlines for claiming to have had a 10-year affair with former baseball star Roger Clemens that began when she was a teenager.

Her best-selling album was her 1996 debut Ten Thousand Angels which included the hit Guys Do It All The Time. Her fifth album, I'm Still Here, was released in 2010.

Born 30 November, 1975, in Florida
Moves to Nashville aged 18
Three years later has her first hit with Guys Do It All The Time
In 2006 gives birth to a son with Billy McKnight
Appears in TV show Celebrity Rehab with Dr Drew in 2010
Son Zayne is born in April 2012
13 January 2013 - her boyfriend David Wilson is found dead
17 February 2013 - police find her dead at her home