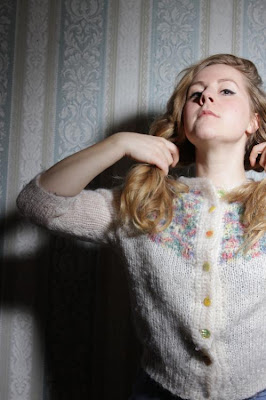 As she prepares for her first headline UK tour, Swedish chamber-pop cellist Linnea Olsson announces the releases of her new single ‘Never Again’, which will be available to download from 4th March 2013. Taken from her debut album ‘Ah!’ (available now), the track is accompanied by a stunning video, the concept of which was devised by Linnea herself and filmed in Fäberga, Sweden, in a barn in which her former band Paintbox had their first gig.

Having wowed audiences internationally, Linnea will shortly be embarking on her first UK and Irish tour, beginning on 2nd March in Dublin. Despite her sparse arrangement, consisting merely of her voice and her cello, it would be difficult to create a more rich and engaging sound in a live setting. Creating loops and utilising effects, all the while showcasing her tender vocal, Linnea’s incredible live show is one not to be missed.

A seasoned and prolific musician, Linnea Olsson has collaborated with artists including Ane Brun, Nina Kinert, Rebekka Karijord and Frida Hyvönen. Her acclaimed debut record ‘Ah!’, released last year through Gotterfunk Productions, is an unpredictably diverse journey through light and dark.  Without knowing it, Linnea steps into Arthur Russell’s uninhibited musical universe and effortlessly infuses it with a Magnetic Fields sense of kitsch forward pop song crafting, all the while maintaining an Animal Collective sense of child-like naivety and playfulness.

As well as being available through iTunes and on CD, Linnea Olsson’s debut album ‘Ah!’ is now available to purchase on vinyl.