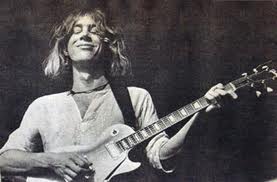 A pioneer of the genre, he worked with Brian Eno, Syd Barrett, John Cale, Nico and Robert Wyatt during his career.

Bernard MacMahon, director of his last UK label Lo-Max Records, confirmed to the BBC News website Ayers died in his sleep at his home in Montolieu, France.

"He was the moving embodiment of that sixties ideal of creativity, freedom of speech and free love," he said.

BBC Radio 6 Music presenter Stuart Maconie paid tribute to the musician, describing him as a "legendary English musician, a stalwart of the Canterbury music scene".

MacMahon described Ayers as a "character", adding: "You wouldn't forget him if you'd met him. He was father of the underground."

He added Ayers was very critical of his musical footprint.

"I think he always made music entirely for his own pleasure and satisfaction despite the fact that he had this long career. I don't think he had any interest in being a pop star," he said.

"Kevin was an artist and was plagued with massive insecurities about what he was doing.

"He would write material and people would hear what he was doing and would have to practically force him into the studio."

Ayres and Soft Machine toured the USA extensively with Jimi Hendrix but he left the band in 1968 after their first album.

Fellow founding member Wyatt said the band "lost its axis" after his departure.

Ayers released his first solo album, Joy of a Toy, in 1969 for Harvest EMI. The record is said to have influenced artists including Teenage Fanclub, Candie Payne and Euros Child.

He released 16 albums and headlined the Free Hyde Park Concert of 1974.

The late BBC DJ John Peel wrote in his autobiography that Ayers's talent was "so acute you could perform major eye surgery with it".

The musician is survived by two daughters and his sister Kate.