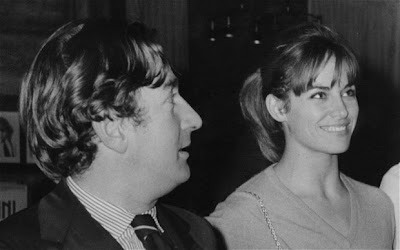 Willy Rizzo, the Italian photographer renowned for his images of prominent celebrities, has died in Paris at the age of 84, his studio has announced.

Brigitte Bardot, Winston Churchill and Marilyn Monroe were among the many who posed for him in pictures for such magazines as Paris Match and Life.

Born in Naples in 1928, he covered the Nuremberg trials after World War II and the first Cannes Film Festival in 1946.

His friend Jack Nicholson arranged a role for him in his 1992 film Hoffa.

Rizzo was also immortalised by Belgian comic book writer Herge, who used him as the inspiration for "paparazzo" Walter Rizotto in Tintin adventure The Castafiore Emerald.

Rizzo, who died in hospital on Monday, was married to Italian actress Elsa Martinelli, star of such 1960s films as The Trial, The VIPs and The Pigeon That Took Rome.

As well as taking photos, he also designed furniture for a distinguished clientele that include the director Otto Preminger and the artist Salvador Dali.