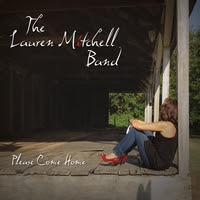 Hearing their album for the first time, it’s tempting to speculate where the money’s been spent, and for me, it’s in the studio, where they sound completely at home. The overall sound is so warm and natural, the band hit their groove from the off, and Mitchell possesses a voice that blues fans will want to get to know better. It’s surely a sound that’s been honed via hundreds of shows, and it’s an investment that consistently pays dividends on “Please Come Home”, as each song and performance makes a lasting impression.

Mitchell is often compared to Etta James, and opening song “Come to Mama” reinforces the notion; and it’s not just the title. Her voice is steeped in the blues, but very much at the soulful end of the scale, and the arrangement, propelled by Mike Hensley’s Hammond will remind many listeners of the ‘60s Chess sound. The title track is an epic cut of slow blues heartbreak. Guitarist Bob Dielman delivers note-perfect solos that ooze swampy soul, and when combined with Hensley’s keys and Mitchell’s yearning vocal, resistance is futile.

This is the sound of a blues band hitting their stride in style, and if further proof were required, they even manage to breathe life into the much used and abused “House of the Rising Sun”.
www.laurenmitchellband.com
www.facebook.com/thelaurenmitchellband
Tony S.