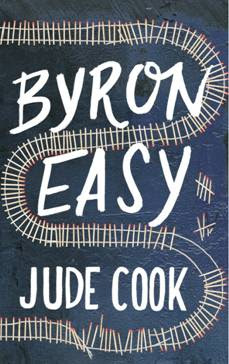 Published in hardback by William Heinemann on 7th February 2013.

It’s 24 December, 1999. Byron Easy, a poverty-stricken poet, half-cut and suicidal, sits on a stationary train at King’s Cross waiting to depart. He has in his lap a bin-liner containing his remaining worldly goods – an empty bottle of red wine, a few books, a handful of crumpled banknotes. As the journey commences he conjures memories (painful and euphoric alike) of the recent past, of his rollercoaster London life, and, most distressingly, of Mandy – his half-Spanish, Amazonian wife – in an attempt to make sense of his terrible, and ordinary, predicament. . . So what has led him to this point? Where are his friends, his family, his wife? What happened to his dreams? And what awaits him at the end of his journey?

Byron Easy is an epic, baroque sprawling monster of a novel, and a unique portrait of love and marriage, of the flux of memory, and of England in the dying days of the twentieth century from a young British writer of exceptional promise.

A poignant and riotous comic novel in the tradition of Kennedy-Toole, Saul Bellow, Martin and Kingsley Amis.

Jude Cook lives in London. He studied English Literature at UCL, and was a musician and songwriter for the band Flamingoes, co-founded with his twin brother. Flamingoes released two albums twelve-years apart: Plastic Jewels (1995), which was very well received by The Guardian, NME, Time Out, etc; and Street Noise Invades the House (2007). There at the start of the much-maligned Britpop movement, the band toured the UK and Europe extensively, ultimately selling 20,000 records worldwide. Byron Easy is his first novel