The Godfathers: new album in March and UK tour 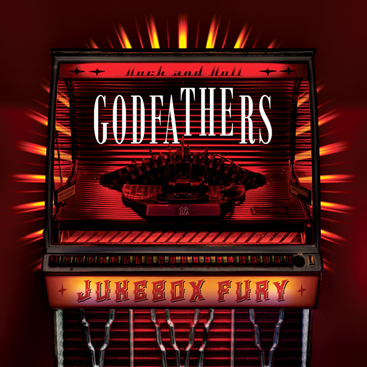 Legendary British rock n’ roll band The Godfathers explode into action in 2013 with the much-anticipated release of a brand new album entitled, Jukebox Fury, their first full-length studio release since 1995 - and a 23 date March UK tour with punk icons, The Stranglers.

Jukebox Fury will be released on the band’s own Godfathers’ record label distributed by Cargo Records on 25th March 2013.

The Godfathers were formed in 1985 by brothers Peter Coyne (vocals) & Chris Coyne (bass) from the ashes of their previous band, The Sid Presley Experience.  They toured extensively and earned a reputation for their electrifying brand of primal rock n’ roll and incendiary live shows around the world.  The Godfathers unleashed the storming rocker 'Birth School Work Death' as their debut single on Epic Records in late 1987 and scored a US Billboard top 40 hit. The classic Birth School Work Death album released in 1988 followed and was celebrated with extensive tours of the UK, Europe & USA.

The Godfathers reformed in 2008 to promote the re-issue of their seminal debut album Hit By Hit with live shows around the world, and celebrated their 25th anniversary in 2010 with a live CD/DVD compilation entitled, Shot Live At The 100 Club.  The Godfathers’ influence has grown steadily in recent years with American stadium rockers Local H and Spoon releasing cover versions of their classics and The Mars Volta citing the band’s trademark primal rock n’ roll sound as a major influence on their recently released Noctourniquet album.
The Godfathers will be releasing a digital single, ‘I Can’t Sleep Tonight’ on
12th February 2013.