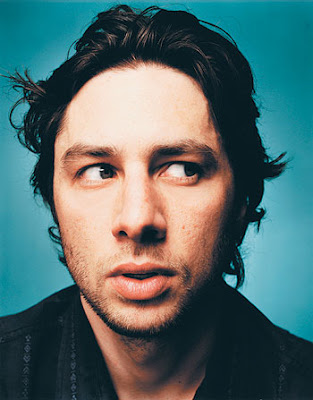 Zach Braff, star of sitcom Scrubs, has failed to impress the UK's leading theatre critics with his debut appearance on the West End stage.

"The most aimless, pointless play I have ever seen" was the verdict of The Times' Libby Purves on All New People.

The Guardian's Michael Billington said it was "a muddled, meandering affair that reeks of self-gratification".

Yet Braff's play did find one friend in the Telegraph's Charles Spencer, who said the show "deserves to prosper".

"This 90-minute piece never outstays its welcome," he wrote in a four-star review that saluted the script's blend of "the comic and the poignant".

All New People, which opened in London on Monday after tour dates in Manchester and Glasgow, tells of a man contemplating suicide on his 35th birthday.

He is interrupted by the arrival of an English property agent, played by Torchwood's Eve Myles, who is later joined by two additional characters.

n his two-star critique, Billington said Braff's play - first staged in New York last year without its author in the cast - was undone by "its mixture of sentimentality and sexism".

The 36-year-old, wrote Paul Taylor in The Independent, "is still writing in the rhythms of television sitcom where the wisecrack and its instant gratifications predominate over longer-term goals".

The Arts Desk website said the play was "a pleasant enough distraction" but added it "starts to score dangerously high on the So-what-ometer".

"The show doesn't hang together or pack a big punch," opined Michael Coveney in his three-star write-up for Whatsonstage.com.

But he did describe Braff - who played Dr John Dorian in Scrubs from 2001 to 2010 - as "an immensely likeable and alert comic performer".