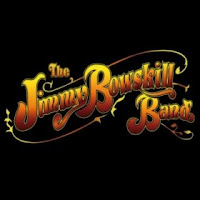 The Jimmy Bowskill Band - Back Number (Ruf Records)
Mightily impressed we were by 21-year-old Jimmy Bowskill’s live effort of 2010, particularly his audacious channelling of Paul Rogers and Free on both his own material and confident covers of ‘Walk in My Shadows’ and ‘Ride a Pony’. Part of Ruf’s growing stable of young gunslingers Bowskill now presents us with his fifth release, ‘Back Number’, on which he has lost none of his swagger and poise but has if anything cranked his full-on throaty blues rock up a few more notches.

It’s the sort of rounded and mature performance we’ve come to expect from him by now, at once soulful and storm-force, with a set of convincing new songs that Andy Fraser might have been proud to call his own. We could list some of these to pick out and try, but in truth this is such a complete album it demands to be listened to from start to finish. Go on then, ‘Salty Dog’ and ‘Seasons Change’ if you must. There are few ‘power trios’ past or present to rival this lot though, and if you’ve a taste for such a thing then you should swallow them whole.
http://www.jimmybowskill.com/welcometojimmybowskillcom.cfm
Neil B.