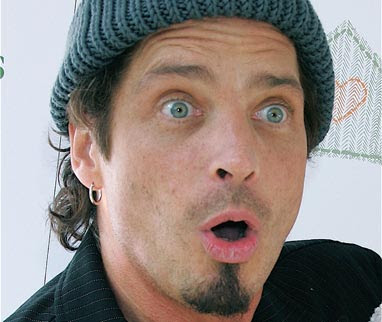 Rock icon Chris Cornell has announced his first headline UK tour dates in over three years. UK audiences will be the first in Europe to get the chance to see Chris perform unplugged, up close and personal.

This much-anticipated ‘Songbook’ tour highlights works from Chris Cornell’s entire catalogue, including songs written for Soundgarden, Audioslave and Temple of the Dog and has already attracted universally positive reviews around the world. As Jim Farber of The New York Daily News observed, “sometimes you don't recognize the full power of a voice until you strip everything away from it.”

Chris Cornell has the ability to connect with listeners like few others of our time. Within this alternative setting, Cornell can easily interact with the audience and share insights about his music. Familiar songs emerge in a new context, showing that great songwriting translates to any idiom. Ranked as "one of the best voices in music history," Cornell has successfully maintained his own unique identity over more than two decades as a multi-Grammy award winning musician, Golden Globe nominee and universally acclaimed singer, songwriter and lyricist.

“A master class in the fine art of solo performance” – Boston Globe
"His talents as a storyteller and poet come through as loud and clear. ...music has few individuals left who can grab an acoustic guitar alone and make a sold out crowd laugh, cry, feel, and dream.” - Artist Direct
“The intensity of his voice enveloped the room... a night of rare beauty.” – The Australian
“A perfectly guided tour of the nuanced poetry of songwriting led by a cordial host who gripped the focus of his audience.” – Pop Matters