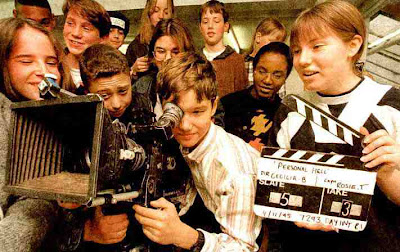 A new film academy which will help train the next generation of British movie-makers is to be launched.

The scheme will be led by the British Film Institute (BFI) and will cater for some 5,000 students aged between 16-19.

It will operate at weekends and evenings at centres around the country, and will get £3m from the Department for Education over three years .

The minister said he was especially keen for "those who don't have certain advantages" to get the opportunity to participate.

"This project should provide opportunities to young people who might otherwise miss out," he said.

Schools and colleges will help to identify any young students, who are deemed to have "exceptional levels of creative talent, technical skills, commitment and tenacity", organisers said.

The courses will teach technical, business and marketing skills. which are necessary to launch a career in the film industry.

Up to 200 young people will then be selected for a residential film-making course.

The announcement comes at a time when government funding for the arts is being cut.

In 2010 it was announced that the UK Film Council was being axed as part of a cost-cutting drive by the Department for Culture, Media and Sport (DCMS). The BFI took over the council's funding role.