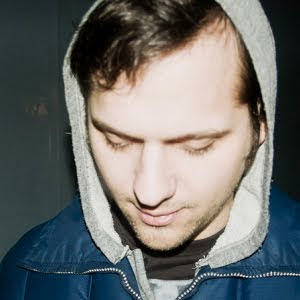 Chris Reimer, guitarist in Canadian noise-pop band Women, died in his sleep in the early hours of Tuesday morning aged just 26. The exact cause of death is not yet known.

Women formed in 2007 in Calgary, releasing their eponymous debut album via Jagjaguwar the following year to widely positive reviews, with Reimer's distinct guitar sound often mentioned. The follow-up, 'Public Strain', was released in 2010, produced (as their debut was) by Chad VanGaalen, and received yet further acclaim, picking up a longlist nomination for the 2011 Polaris Music Prize.

The same year the band cancelled a tour after an on stage punch up between frontman Pat Flegel and his bassist brother Matthew. Initial reports said that the band had split up, mainly because Reimer announced that that performance would be their "last show as a band", but it was later stated that they simply needed a break from touring together. Their last release was a split single on Faux Discx with Fair Ohs, Cold Pumas and Friendo last year. More recently Reimer had become a touring member of Californian indie-rock band The Dodos.

In a statement, Jagjaguwar said: "We're shocked and saddened to hear about the passing of Women guitarist Chris Reimer. Chris' virtuosic playing is one of the many reasons we fell in love with this band in the first place. If you were lucky enough to ever see them play live, you know what we mean. Always calm and collected while shredding. So much fun to watch. All of that aside, Chris was an incredible friend. He was one of the warmest and funniest people we've been lucky to know and work with. As sad as this is, it's hard to not smile when thinking of him".

Meanwhile Women's manager, and founder of the band's Canadian record label Flemish Eye, Ian Russell said: "Although he has left a huge impact on many people through his contributions to music, Chris will be best remembered by those around him for his wonderful presence. Chris left an impression on people all over two continents as he toured with Women and later with The Dodos, and people will remember his easy laugh, his generous nature and his wicked sense of humour".

He continued: "Chris was also modest to a fault. Many people probably knew him without knowing that he had played some of the world's greatest music festivals, or appeared on Jimmy Fallon - they just knew him as Reimer, the understated guy in a shabby parka who was sharp as a tack and always had a quick rejoinder. It's impossible to overstate the impact that Chris's passing will have on his community, as he was greatly loved. The fact that he chose to stay in Calgary instead of moving to another music centre is a statement to his commitment to his friends and family, all of whom are in total shock about this utterly tragic and sudden loss".

A website in tribute to Reimer has been set up by his sister Nikki here: christopherjohnjosephreimer.com