A message from Sid Griffin which I hope is of interest... please indulge me...‏ 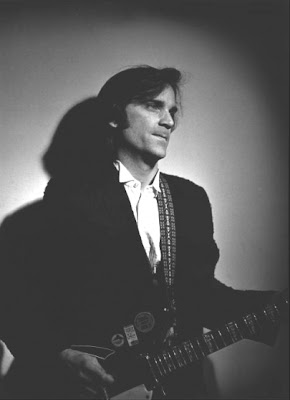 Today at about 3:45pm I was swinging my son on a swing at Hampstead Heath's excellent public park in north London. I spot the Leader of the Opposition, the Labour Party's head man Ed Milliband with his two little boys and his missus strolling towards me. Ed, as I now call my close personal friend, is the successor to Gordon Brown and Tony Blair.

Ed Milliband puts his oldest boy on the swing next to my son's swing and begins to push his little guy as I am pushing my boy on his swing. I was too stunned to say anything and noticed no bodyguards whatsoever for this man who is a household name and face in much of Europe and clearly a household name and face without question in the UK. Ed asks me about my son and this breaks the ice.

For the next ten minutes or more he and I discuss politics, primarily the NHS cuts the Tories are putting through or at least trying to put through. Both the Labour Party's Number One and Yours Truly agree it looks like the Tories may lose this battle as people here love the NHS and socialised medicine. I include myself amongst those who love the NHS; they have birthed my two kids, fixed my knee, provided prescriptions at reasonable cost and supplied me a wife in Dr. Rhiannon Owen... although I admit the NHS doesn't guarantee you a spouse in most cases.

After discussing the NHS for ten minutes this Labour Party pal of Ed's comes over and they start talking shop, I could not hear exactly what they were saying but I got the gist of it; the Tories are jive, etc., and so on. Then Mrs. Milliband starts asking me about my family and we talk about our kids. Ed Milliband pops back over and asks me where I am from. I say Kentucky and he says, smiling, "wow, the middle of Middle America to here...what made you come over?" I said I was here in the 1980s with a rock group who had been on the cover of the New Musical Express and who played live on BBC TV's great Whistle Test show. He asked me who that was, I said Long Ryders and this rang no bells whatsoever (ha!) but he said he would look us up on the computer when he got home that evening.

About twenty minutes have passed by now and people keep looking over at the Millibands, after all they are in the newspapers almost daily for this or that. I announce I have to go and Ed Milliband shakes my hand and asks me what Dr. Rhiannon Owen thinks of the NHS cuts. I say why don't you ask her? And then I give him a Coal Porters business card and say she's at the phone number on the card. Ed Milliband, bless him, reads part of the the business card out loud at one point, saying "The Coal Porters...alt-bluegrass" and as he says "alt-bluegrass" he laughs out loud, getting the joke completely.

I was impressed and I wish I had a punchline for all this but t'aint one.

In more mundane matters the Coal Porters are still looking for a new bass player to replace Andrew who quit suddenly . Auditions so far have given us one pretty dang good candidate but we are still checking folks out so pass the word, please.

We will finish the new album with John Wood in late April here in London if a fair wind if blowing behind us and things progress as they should. I reckon it is out in September.

And yes, I really did buy a CD of The Chipmunks Sing The Beatles. I loved it as a small boy and my own small boy and I danced merrily around this very room the other day as it blasted out. And we had ourselves a time!

Bless you all, Sid G