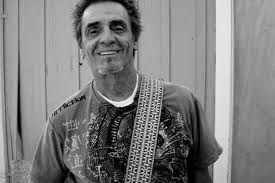 Michael Davis, bass player with US rock band MC5, has died of liver failure aged 68, his wife has announced.

He was part of the MC5 line-up who rose to prominence with their blistering sound, epitomised by the 1969 track Kick Out the Jams.

Led by singer Rob Tyner, MC5 are widely regarded as pioneers of US punk rock.

He went on to play on the Detroit band's debut album Kick Out The Jams, the title track with its inflammatory opening statement of intent going on to be one of their best known songs.

MC5, short form for "Motor City Five", a reference to their hometown's automotive industry were known for their confrontational anti-establishment stance and the subversive political themes running through their work.

The group disbanded in 1972 but reformed in 2004 with singer Handsome Dick Manitoba replacing Tyner - who died in 1991.

Following a motorcycle crash in 2006, which left him with a serious back injury, Davis and his wife launched a non-profit organization to support music education in public schools.

A talented artist, Davis - who dropped out of art school when he joined the band - also collaborated on projects with the likes of street artist Shepard Fairey.

Davis is survived by his wife, their three sons, and a daughter from a previous marriage.

Angela Davis said plans to announce a memorial were pending.