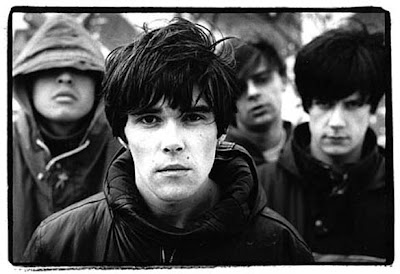 The Stone Roses, Happy Mondays and The Killers have been announced as the headline acts at this year's V Festival.

Noel Gallagher and his band the High Flying Birds have also been added to the bill, along with Sir Tom Jones, Snow Patrol and Ed Sheeran.

Organisers said more acts would be announced at a later date.

The event, now in its 17th year, takes place on 18 and 19 August in Chelmsford and Staffordshire.

Last October The Stone Roses announced they were ending their 15-year split and reforming for a series of gigs.

As well as V, the Manchester band have also been lined up to headline Scotland's T in the Park festival.

Although the group only recorded two albums before they dissolved in 1996, their self-titled 1989 record was generally regarded a seminal work.

US singer Nicki Minaj, Tinie Tempah, The Human League, Madness and The Proclaimers have also been added to the V Festival bill.

Former X Factor contestant Olly Murs will return to the event, which he also performed at last year.

"Coming back to play at V Festival for a second year is fantastic. I've been going to the festival as a punter for years, so performing there is always going to be special - especially on that main stage," he said.

"The mix of established and exciting breakthrough acts promises to give festival-goers a cracking weekend," he said.