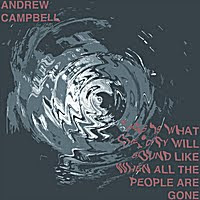 The five tracks on “This is What the City…” should really be listened to as a whole. The songs are complimented by their surroundings, and there’s a natural flow to the tracks. Beginning with the playful “Feather”, it’s followed by the sophisticated pop tones of “You Can Count On It” and the Liam Dulligan-esque “Rum & Radio”. It’s relatively short at a shade less than 19 minutes, but as with all the best EPs, it’s essentially an appetizer and you’re definitely left wanting more, to satisfy a hunger you weren’t even aware of 20 minutes earlier.
http://www.facebook.com/AndrewCampbellTunes?sk=app_204974879526524
Rob F.