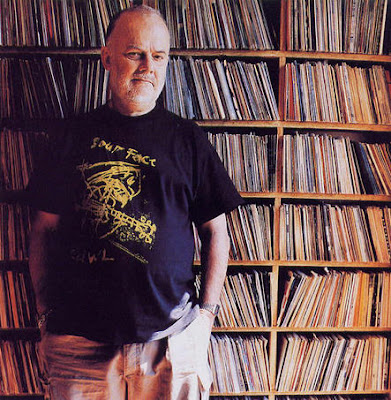 The plan is to scan in the artwork of the 25,000 vinyl LPs and 40,000 singles in Peel's record collection, and add the DJ's personal notes and other useful information to each record. Actual recordings won't likely be included for licensing reasons, though it's hoped music from the Peel Session archives will be also made available via the online project, which is backed by Peel's widow Sheila Ravenscroft and funded by the Arts Council. Phase one of the project will aim to put about 2500 albums into the online catalogue between May and October.

Commenting on the venture, John Peel Centre Director Tom Barker told the BBC: "What we're hoping to do is create an online interactive museum which answers the question 'what is in John Peel's record collection?' but also provides the audience with a visualisation of it. We hope that giving them access to a particular band, or their first album, or listening to his show, will inspire people to tell us their stories. This is the first step in the journey of making one of the most important archives in modern music history available completely".