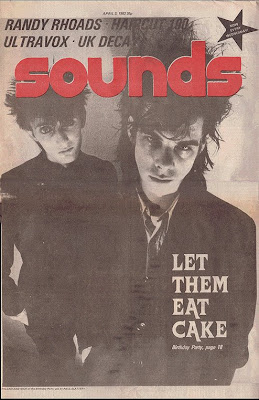 The latest set of ABC circulation figures for the music press make for gloomy reading, though anyone in the traditional music media who goes looking at these stats expecting good news is asking for trouble.

With the exception of freesheet The Stool Pigeon, pretty much everyone saw their circulations fall year on year in the latter half of 2011, some significantly, and even those magazines aimed at an older demographic whose decline has been generally less severe over the last decade.

At IPC Media, Uncut suffered the second biggest circulation decline of them all in terms of percentages, down 14.2% year on year to 62,305 copies sold each month. Sister title NME's decline was only slightly less, 14% year on year to 27,650.

Rivals Bauer Media's music mags didn't fair much better though. Although Mojo saw a very slight rise in sales in the second half of 2011 versus the first half, and is now the biggest paid-for music title, year on year circulation was down 7.5% to 87,555. Q fell 3.6% to 77,522, and Kerrang - which, to be fair, is losing sales less slowly than most of its competitors (remember, at one point NME and Kerrang were more or less neck and neck) - saw a 2.1% decline to 42,077 copies.

Future Publishing enjoyed, if one can enjoy such things, the biggest percentage decline with its Metal Hammer mag, which dropped 15.7% in 2011 to a circulation of 35,259, while Future's other music mag, Classic Rock, experienced a 7.9% decline, down to 62,354.

In the pop market, Top Of The Pops magazine, now published by Immediate Media under licence from the BBC, saw a 10% dip taking its circulation down to 84,782 - though that's not so bad given it had to face off a brand new competitor in 2011, with Egmont Magazines' We Love Pop getting an ABC of 58,321 after its launch last July.

The free titles did better, The Fly slipped only 0.4%, and retained its title as the biggest music magazine in terms of circulation, with 100,574 copies distributed each month, while urban freebie RWD, while slipping 2.1%, is still second biggest with an ABC of 96,240. Newish quarterly title DIY Magazine, from the This Is Fake DIY team, had a 3.5% dip with a circulation of 36,801, while The Stool Pigeon enjoyed the only circulation increase, up from 51,750 to 53,676 from the start to the end of the year. Music distributor Proper Music's magazine Properganda had its first annual ABC figure in the latest set of stats, with a circulation of 46,542.

And that's your lot. Of course some of those titles whose print circulations continue to nosedive are doing well online, in terms of readership at least, the NME in particular. So much so, in some cases you start to wonder whether the main editor of those titles shouldn't be focusing on the website first and print spin-off second, rather than the other way round.