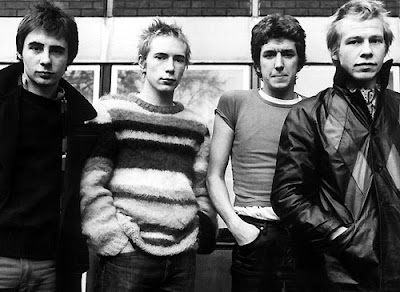 The Sex Pistols have signed a record deal with Universal, it has been announced.

An "expanded and repackaged edition" of the band's Never Mind The Bollocks, Here's The Sex Pistols album will be released later this year.

Universal said the release will tie in with the record's 35th anniversary.

"To be given the opportunity to re-evaluate the Sex Pistols catalogue is every music lover's dream," said Universal's Karen Simmonds.

"We're looking forward to working with the band and celebrating their impact on worldwide culture."

The band, best known for hits such as Anarchy In The UK and God Save The Queen, formed in 1975.

Fronted by Johnny Rotten, the group forged a reputation that encouraged fans to rise and rebel against the establishment.

In 1976 they signed a contract with record label EMI, but the deal became shortlived after the group caused controversy during an appearance on Thames Television's Today programme.

The live interview was littered with expletives and led to a furore for days afterwards in the national newspapers.

Further negative publicity led to EMI, which has since been bought by Universal and Sony, releasing the band from their contract.