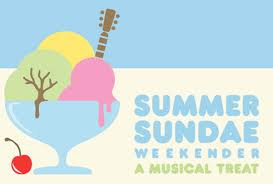 
After the success of last year’s festival, Summer Sundae Weekender are delighted to announce the first wave of artists on 2012’s line up, establishing the event once again an essential date in the summer music calendar.

British legends Public Image Limited were formed in 1978 by John Lydon. PiL’s work is widely regarded as the most innovative music of the post-punk era. This April sees the release of the first new PiL material in 20 years. The EP “One Drop” which debuted on Steve Lamacq’s BBC 6 show has already gained a strong online following and will be followed by the album “This Is PiL” in May. Peckham lass and Rinse FM protégée Katy B took the country by storm in 2011 with her intoxicating blend of dubstep, R&B funky, house and UK Garage on her critically acclaimed debut album “Katy On a Mission.” Next up on the 2012 bill Merrill Garbus aka tUnE-yArDs leaves crowds stunned by her live performances, artful songwriting, soulful voice and vivid sound. Asian Dub Foundation are one of Britain’s most exciting live bands. Audiences should ready themselves for a performance doused in raga-jungle rhythms, indo-dub bass lines and fast-chat conscious lyrics. With a sound that recalls the likes of Bob Dylan and Johnny Cash, Willy Mason will be bringing his poetic flair and pioneering folk to the Summer Sundae Stage, plus Reverend and The Makers fronted by John McLure will also be bringing a dose of their hook strewn, guitar flavoured electro indie pop.

The next artist announcement will be made within a month

In response to customer feedback, a limited number of 2012 Early Bird Tickets are currently on sale at 2010 prices while stocks last.