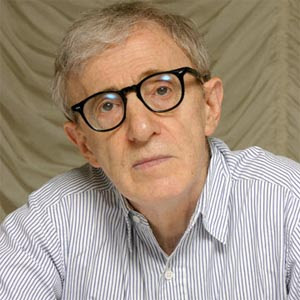 Veteran film-maker Woody Allen has won the original screenplay prize at the Writer's Guild awards for his romantic comedy Midnight in Paris.

Voters honoured The Help director Tate Taylor with a special award recognising work that embodies the spirit of civil rights and liberties.

Taylor told reporters the movie had been a "labour of love" and that its success this awards season had been "fantastic".

"It's my first adaptation, which I think was a blessing because I just went for it," said the director, who based his script on Kathryn Stockett's best-selling novel.

The Writers Guild Awards, held at the Hollywood Palladium on Sunday, are often seen as a good indicator of which films will win writing plaudits at the Oscars.

Due to the organisation's own rules, though, Oscar favourite The Artist had been rendered ineligible.

WWI drama War Horse took the award for sound effects and foley - the reproduction of everyday sounds - in a feature film.

The Adventures of Tintin, meanwhile, won for sound effects, foley, dialogue and ADR - Automated Dialogue Replacement - in an animation film.