The Lady: A Homage to Sandy Denny... 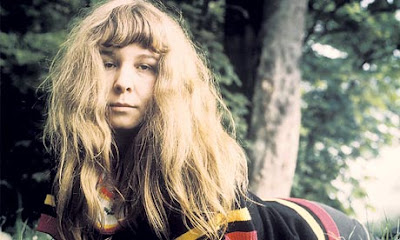 The Lady: A Homage to Sandy Denny

In the years since her tragic death in 1978, folk icon Sandy Denny is now widely regarded by musicians and critics alike as Britain’s finest female singer songwriter and one of the greatest singers this country has ever produced. Her signature song Who Knows Where The Time Goes has been recorded by a diverse range of artists including Cat Power, 10,000 Maniacs, Eva Cassidy, Nina Simone, and most famously Judy Collins. The song was voted "Favourite Folk Track of All Time" by listeners of BBC Radio 2 and is also played at the close of Jez Butterworth’s Award Winning play Jerusalem. The comprehensive re-issue of all Denny’s recordings in recent years, has seen her reputation continue to grow, at a time when more and more of today’s rising stars are acknowledging Sandy Denny’s contribution and significance as both a singer and songwriter: artists such as Laura Marling, Joanna Newsom, Florence Welch and the Unthanks.

This tour entitled ‘The Lady: A Homage to Sandy Denny’ will showcase her entire musical legacy for the first time, encompassing her work with Fairport Convention, Fotheringay, her solo career as well as new songs discovered in Sandy’s archive and completed by Thea Gilmore on her acclaimed album Don’t Stop Singing. In her short career, Sandy Denny wrote an astonishing range of songs including Fotheringay, The Sea, Late November, The Lady, It’ll Take A Long Time, Solo, Like an Old Fashioned Waltz, Stranger to Himself and I’m A Dreamer – all of which will feature in this special homage. Sandy’s personal and reflective compositions are distinguished by their unexpected harmonies and elusive lyrics where people were often described in terms of the natural world. Her style mixes a contemporary sound while still carrying a traditional resonance, which coupled with her voice can still sweep the listener off their feet. Truly, as she wrote in one of her greatest songs, the lady had a silver tongue.


Music Beyond Mainstream are pleased to announce the tour dates are as follows:


Sandy’s songs will be performed by a remarkable gathering of musicians drawing from contemporaries such as Maddy Prior, Dave Swarbick, Jerry Donahue and PP Arnold alongside present day performers such as Joan Wasser (aka Joan As Policewoman), Green Gartside, Thea Gilmore, Bellowhead, Sam Carter, Lavinia Blackwall and Blair Dunlop. All will bring something of their own talent and experience to this unique tribute to Sandy Denny.

Like Sandy, Maddy Prior came out of the 60’s folk clubs to find wider recognition as part of the successful folk-rock group; Steeleye Span with whom she still performs. Maddy Prior has also released an acclaimed series of solo albums and worked with fellow folk singer June Tabor in their duo Silly Sisters. Renowned fiddler Dave Swarbrick was a rising star of the folk scene having worked with A.L. Lloyd, Ewan MacColl and Martin Carthy when he joined Fairport Convention in 1969; alongside Sandy, the two of them helped to shape Fairport’s milestone recording Liege & Lief: He is now recognized as one of the most influential violin players in Britain. Jerry Donahue is one of the world’s most respected guitarists, known for his left hand technique and string-bending style. He joined Sandy in Fotheringay, the group she put together on leaving Fairport Convention and continued to accompany her throughout her solo career and when she later re-joined Fairport Convention. PP Arnold the American-born soul singer, enjoyed considerable success in the UK in the 1960s as part of the Ike and Tina Turner Revue and as a solo performer on the Immediate label working with Andrew Loog-Oldham and Mick Jagger. A series of collaborations with high profile artists followed including Eric Clapton and the Bee Gees and perhaps more surprisingly Nick Drake and Steeleye Span.

Of the younger artists, the American musician Joan Wasser, is one of the most respected of the current generation of female singer-songwriters. She has released three acclaimed albums as Joan as Police Woman, and worked with a wide variety of artists including Lou Reed, Rufus Wainwright and Antony and the Johnsons. Thea Gilmore has developed a respected reputation as a songwriter and interpreter and managed to combine both gifts brilliantly in bringing to life a selection of Sandy Denny’s unrecorded songs recently discovered in her archive on the album ‘Don’t Stop Singing’. Green Gartside is the founding member, singer, songwriter and guitarist with Scritti Politti, whose unique punk-pop was distinguished by Green's philosophical wordplay. In recent years Green has taken part in homages to The Incredible String Band and Nick Drake.,

Also taking part in the tour is Bellowhead member Benji Kirkpatrick who plays on Thea’s album (His father John Kirkpatrick had also played on the album ‘Sandy’ back in 1972). Bellowhead are in many ways a Fairport for the present day in the way they continue to create equally ground-breaking folk music, and maintain a formidable live reputation; Pete Flood and Andy Mellon of the group also join the tour band; Lavinia Blackwall, is the singer and keyboardist of Trembling Bells; one of the key groups influenced by the psychedelic folk-rock sound of the 1960’s. Lavinia's soaring vocal style has also drawn favourable comparison to Sandy’s. Sam Carter is one of the finest young finger picking style guitarists and was voted Best Newcomer in BBC Radio 2’s Folk Awards in 2010. They join rising star Blair Dunlop, a 2012 BBC Young Folk Award nominee, who is now featured in the first ever Albion Band not to feature his father, Ashley Hutchings, a founding member of Fairport Convention. Ben Nicholls is a multi-instrumental musician and double bass player performing with the award winning Seth Lakeman Band amongst others. He fronts his own band Dennis Hopper Choppers released an acclaimed album ‘Be Ready’ last year. Ben will be performing, and also joins the band on bass.

Together, the ensemble creates a unique, adventurous homage to the lady described by Richard Thompson as ‘the greatest British female artist of her generation’.