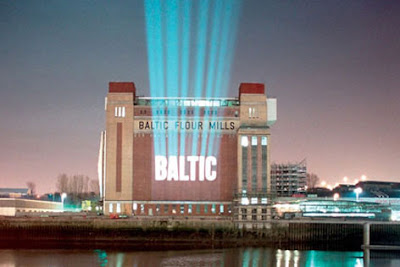 The Baltic art gallery in Gateshead is to open an offshoot gallery in a new arts complex in neighbouring Newcastle.

The Baltic, which opened a decade ago, had more than 500,000 visitors last year, when it hosted the Turner Prize.

The Baltic said the new space would give artists "creative freedom to experiment and innovate". The building will also house studios for 32 artists.

Named after its location at 39 High Bridge, over the River Tyne from the main Baltic gallery, the new branch will also provide a home for Northumbria University's fine art students.

A statement said the gallery would allow artists and curators to "stretch the boundaries of contemporary art practice".

Its first exhibition, which opens on 6 April, will be curated by sculptor Phyllida Barlow and will use the work of 12 UK-based artists to examine the process of making art.

"At times this has been a long journey for the Arts Council and our partners - but we've ended up in a very exciting place."