The Pains of Being Pure at Heart, Record Store Day 2012 exclusive...‏ 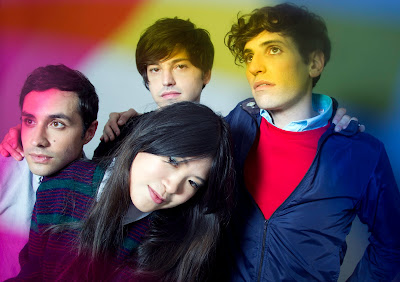 Brooklyn based Indie-Pop quartet 'The Pains of Being Pure at Heart' have announced details of a remix EP in support of Record Store Day, released on Play It Again Sam on limited edition coloured vinyl.

The remixes are lifted from their 2011 follow-up album, ‘Belong’ (March 2011), which was produced by Grammy award winning ‘Flood’ (Depeche Mode, U2) and alternative-rock royalty, Alan Moulder (Smashing Pumpkins, Jesus and Mary Chain, Ride)".

“An album that stands up to the touchstone indie classics it references” – **** Mojo
“Belong is a bigger, bolder, and brighter follow-up that adds new dimensions to the Pains' sound” – Pitchfork, 8.2, Best New Music

The band also play a one off London show this March, tickets are on sale now.